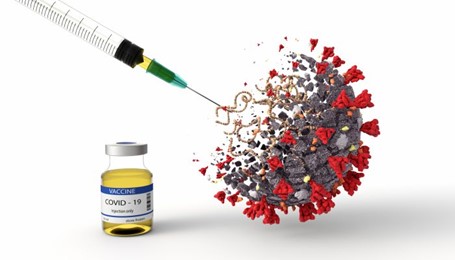 Our Equity Obsession Can Cost Lives

Remember when progressives signaled their virtue by saying we should “pay any price” to “save even one life” in the early days of the Covid-19 pandemic?  Anyone who suggested that this was foolishness – that it ignored crucial trade-offs and that economically devastating lockdowns would also endanger life and health – was dismissed as “putting profit ahead of people.”

Lately, however, progressives have flip-flopped.  No, they’re not suddenly feeling warm and fuzzy about the profit-seeking private sector, despite Big Bad Pharma’s miraculous production of not just one but several effective Covid vaccines in record time.  Rather, they’ve gone quiet about society’s sacred obligation to do whatever’s necessary to “save even one life.”  In fact, they seem willing to sacrifice some lives by putting equity ahead of people.

This charge comes not from some crackpot right-wing media outlet, but from the New York Times, whose staffers are as woke and progressive as it’s possible to be.  But they’re shocked – shocked! – to find that some blue states (and, as well, some democratically socialist countries) have a “vaccine problem.”  They’re not putting shots in arms rapidly enough to save as many lives as possible, and the main reason is their obsession with “equity” and their determination to control the vaccination process to make sure that the right people get shots first.

In the words of Times writer David Leonhardt, “Some blue states… created intricate rules about who qualifies for a vaccine and then made a big effort to keep anybody else from getting a shot.  These complicated rules have slowed vaccination in both California and New York.”

As a result, “’Across New York State,’ …Dana Rubinstein has written, medical providers have had ‘to throw out precious vaccine doses because of difficulties finding patients who matched precisely with the state’s strict vaccination guidelines — and the steep penalties they would face had they made a mistake.’”

“Many Democratic states,” Mr. Leonhardt notes, “are below the national average [in vaccination rate].  ‘The parts of the country that pride themselves on taking Covid seriously and believing in government are not covering themselves in glory,’ the Times’s Ezra Klein has written.”

And the news abroad is similar.  “Progressive leaders in much of the world are now struggling to distribute coronavirus vaccines quickly and efficiently:  Europe’s vaccination rollout ‘has descended into chaos,’ as Sylvie Kauffmann of Le Monde… has written.  One of the worst performers is the Netherlands, which has given a shot to less than 2 percent of residents.  Canada (at less than 3 percent) is far behind the U.S. (about 8.4 percent).  Israel and the United Arab Emirates have the highest rates.  Britain – run by Boris Johnson, a populist Conservative – has vaccinated more than 15 percent of residents.”

Make no mistake:  time is off the essence here.  Getting shots into arms a.s.a.p. – and, of course, not discarding any of the available doses – saves lives.  So why are we screwing this up?  Mr. Leonhardt gets to the heart of it:  “Some progressive leaders are effectively sacrificing efficiency for what they consider to be equity.  The trade-offs between equity and efficiency are real:  Rapid vaccination programs will first reach many relatively privileged people.  But the trade-offs may be smaller than that sentence suggests.  Covid has exacted a terribly unequal toll partly because people in vulnerable groups have suffered more severe versions of the disease, as a result of underlying health conditions.  The most effective way to save lives is probably to vaccinate people as quickly as possible.”

But the Covid pandemic is not the only public health crisis where progressives are failing to properly evaluate the efficiency-equity trade-off.  We’re in the midst of a homicide epidemic, as well:  2020 saw Chicago’s homicide rate soar 50%, NY’s 40%, and LA’s 30%.  The plague of violence and senseless death that Baltimore has been suffering since 2015 has spread.

Reasonable people may differ about how much of this tragic trend is a result of a “Ferguson Effect,” as pro-active policing has diminished (and, in some cases, police budgets have been cut) in the aftermath of highly-publicized police-involved shootings and resulting protests.  It is naïve, however, to believe that none of it has anything to do with de-policing.  One recent study by University of Utah law professor Paul Cassell has found that “as a result of de-policing during June and July 2020, approximately 710 additional victims were murdered and more than 2,800 victims were shot” in major U.S. cities.