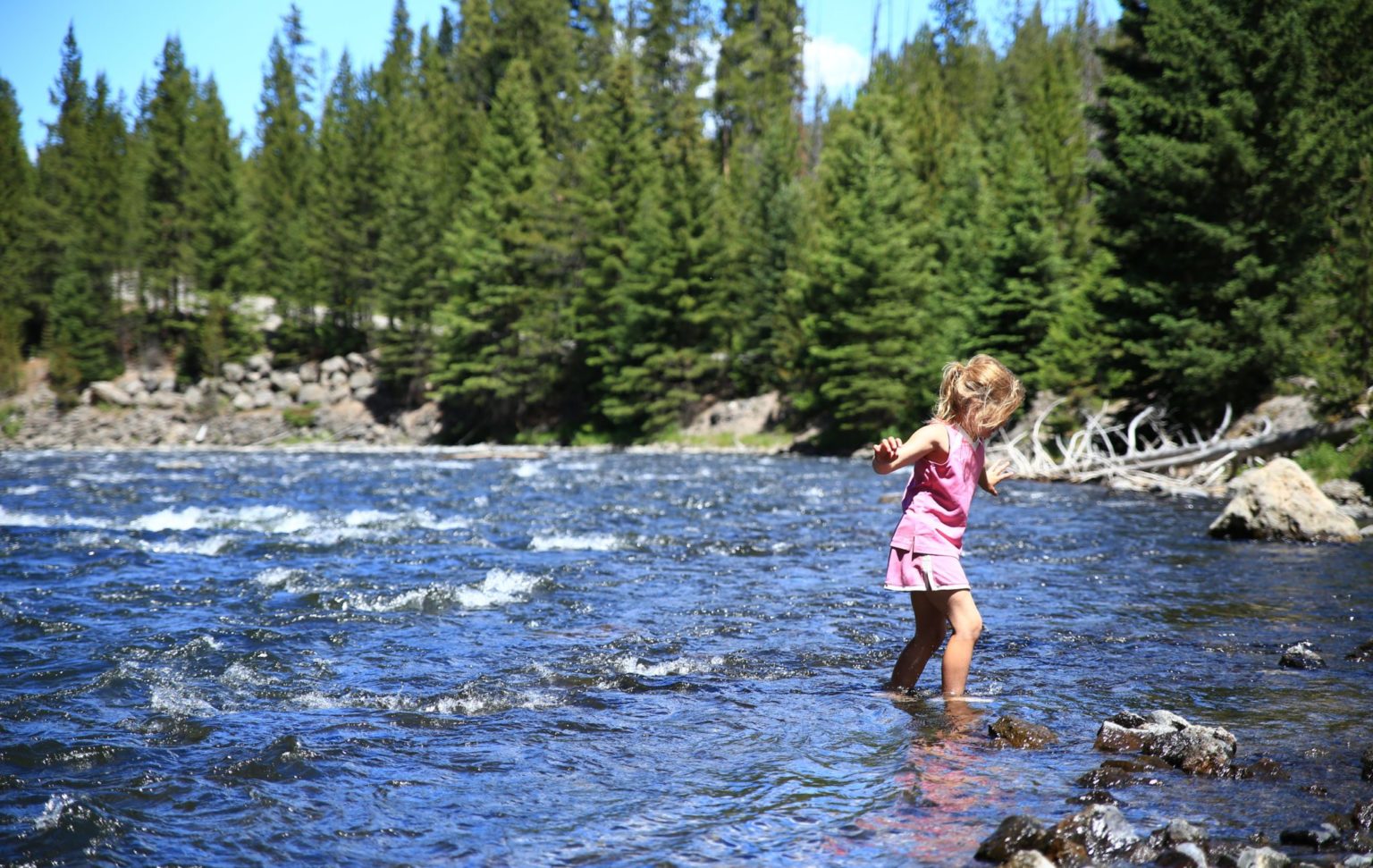 Originally published in The American Conservative

How the Covid lockdowns led one family to join a homeschool co-op in rural Wyoming.

Nine years ago, I would have thought you delusional if you told me I would be homeschooling our three children in the high desert of rural Wyoming in the fall of 2021.

We were living then in suburban Baltimore; I was thriving professionally as a columnist and radio personality, and our oldest son had just been accepted at an excellent private school in the city. After briefly wrestling with the idea of homeschooling, I thought I wouldn’t survive with so little “me” time and the ability to pursue my own career.

I envisioned that our oldest son and our other two children would continue on a private school path in pursuit of college and postgraduate degrees, and that my husband and I would have done our duty to launch them well prepared to succeed in any corporate, academic, or other setting. I graduated high school from a boarding school near Boston, and credit my education there in large part for my lifelong love of learning and pursuit of excellence. I wanted the same thing for my children, and that continued to be the plan when we moved from Baltimore to Chattanooga, Tennessee.

Over the past year and a half, however, that vision of what we thought was best for our children shifted. Growing evidence that many of our country’s elite universities have become breeding grounds for groupthink, race-based discrimination, and canceling of minority viewpoints prompted me to think that success in one of those places would require silence or duplicity to succeed.

The American Conservative’s Rod Dreher, in his book Live Not By Lies, describes how those living under communist regimes practiced ketman: holding one view in private while broadcasting another for public consumption. Did we really want to teach our children that soul-crushing technique in exchange for status and financial success?

Living a lie would not be temporary. We live in a world where even grocery store cashiers and stockers must be trained to be “allies” of those deemed oppressed. How could my children earn a living and thrive in an environment where losing a job could be as easy and misusing a preferred pronoun or not attending a protest at a time when silence is sadly perceived as equivalent to violence?

Facilitating Zoom classes in the spring of 2020 made me realize how little time was spent on school. This was not the fault of teachers, but of the traditional system. A few disrupters can distract an entire class, as I saw repeatedly, and the curriculum itself often didn’t challenge children, or limited their progress.

After giving my two younger children math assessments last month, we found they were both half a year behind in Singapore Math, one of the more challenging programs available and the one which we will be using in the coming year. Both have always excelled in math classes and scored well on standardized tests, so this surprised me. I have no doubt they would have caught up in private high school and that variations in curriculum could account for their current assessment, but at what cost?

All told, the school bill for all the children was about $60,000 per year and would soon be over $90,000 when all three had reached middle school. I had grown accustomed to thinking of the price as a given—part of the bargain for building the relationships and a resume that would allow them to succeed later in life. My choice of career, journalism, negated the cost-benefit analysis of my own education but I thought the intangibles were worth it. And my husband, who attended rural public schools in Indiana, had, based on his experience, vowed to never send our children to public schools. I was also incredibly grateful that the children could attend school in-person last year, after spending the spring of 2020 online, while so many in public schools were forced to stay remote for part or most of the school year.

But something about that small glimpse of reality over Zoom in the spring of 2020 kept bothering me, and I decided to investigate homeschooling options, if only to put the idea to rest. What started as a way to eliminate doubt, however, turned into a full-blown questioning of our choices to date and reassessment of how we should raise our children.

The breathing room afforded by Covid-19 lockdowns, with curtailed sports and other activities, led to questioning whether our family’s constantly full schedule was really the best. Should it rather be pared to provide more dinners at home and fewer stressful nights trying to cram homework and dinner after late games and practices? Was staying put the right thing? Might my oldest son’s penchant for procrastination on every subject except math be curbed by more attention on my part?

Throw in two months living in a log cabin in Wyoming with a beautiful view of the Wind River range—we took remote learning and working literally in May and June 2020—and deeper questions about life started to emerge. Our children spent afternoons hunting fossils, feeding farm animals, and playing in muddy ditches on my brother and sister-in-law’s ranch. They learned to shoot and drive an ATV. As a family we spent weekends hiking and driving around this beautiful and vast state.

I yelled less and baked more, and we laughed a lot. When it came time to return to Chattanooga I didn’t want to go and neither did the rest of the family. I yearned to bottle that togetherness and the contentment that can only come from being surrounded by natural beauty, stripped of a need to constantly compare oneself to others that I felt back in the world we had created for ourselves for four years in Tennessee.

When we arrived home, the feeling didn’t go away. And the desire to raise our children with maximum freedom to roam in a magnificent landscape moved from inchoate desire to a plausible reality following a few months researching homeschool programs and discussions with friends making a similar transition.

Watching America’s cities burn last summer in riot after riot following George Floyd’s murder; the censoring of major news stories by large social media companies, including details of Hunter Biden’s laptop and the origins of Covid-19; the daily drumbeat of stories about people pushed out of public life for thinking biological sex and gender are not separable or upholding their religious convictions—all that too prompted a change of heart on my part. Within a few months my default frame of mind: “No way can I do this, nor do I want to,” shifted to, “I have to do this for our children—and our country.”

So I quit my job, and we put our house on the market this past spring, and we moved to a rural, largely working-class outpost in Wyoming, where we will join a homeschool co-op this year. About 20 families meet weekly and use the same classical Christian curriculum, loaded with Latin, logic, history, math, writing, reading, and the Bible. We plan to take advantage of our more flexible schedule to travel as much as possible and spend more time on music and art.

Elizabeth Bartholet, the Morris Wasserstein Public Interest Professor of Law and faculty director of the Child Advocacy Program at Harvard Law School,who famously called for a “presumptive ban” on homeschooling, would probably characterize this transition as “maltreatment.” She recently described a broad swath of homeschooling parents as “extreme ideologues, committed to raising their children within their belief systems isolated from any societal influence.”

But I would say it is necessary for us and for a much broader group of parents if we want our children to be able to think critically, value free speech and debate, and build networks that allow them to find satisfying work in the years to come. One of the key things we plan to teach our children is to work for themselves. I don’t think there will be a place for our children in most universities in coming years. And I also don’t think they will be welcome after graduation at major corporations clamoring for recognition from groups like the Human Rights Campaign and Southern Poverty Law Center, groups who aim to dismantle the nuclear family and pit Americans against each other on issues of race and gender.

More importantly, however, I think it is imperative to start raising a generation of children whose members believe in preserving freedom of religion and speech, the rule of law, and who do not want to erase history and people unlike themselves but are willing to learn from both.

As theologian Carl Trueman writes in The Rise and Triumph of the Modern Self, our current culture is largely an “anticulture” that seeks to destroy norms through various “deathworks,” be they art, protest or language. Trueman describes our era as one where the highest act is to express one’s authentic self and where every platform—social media, school or work—is a performance space for one’s views.

With nothing transcendent—whether it’s religion or shared belief in America’s founding principles of life, liberty, and the pursuit of happiness—or basic agreements on the meaning of male and female, how do we survive as a nation, much less talk to one another?

I am not willing to give up on our shared American project. To preserve it, I think parents must actively teach their children what they believe and why. That likely won’t include moving cross country and homeschooling for most, but it should include reassessing your current school and reconsidering whether giving to your alma mater or your child’s private school is the best way to serve your children and the republic. Why give to organizations if they are committing a “deathwork” against your son or daughter and your country?

The rise of “nones” as a religious category shows faith isn’t passed on through osmosis. Neither is a love of freedom or the knowledge and understanding of what preserves it.

Parents must reconsider university choices, too. Is maintaining your family’s legacy status at Yale more important than preserving freedom for future generations? Now is not the time for comfort. Mourn what has been lost, but letting a corrupt and degrading philosophy win for the sake of individual financial success or status should be unconscionable given the sacrifices made by generations before us for our freedom. We need to teach our children to love the country that people around the world continue to risk everything to enter. And we need to give them the tools to thrive in the world that is, not the one we grew up in.

It might mean a radical change, or it might not. But it requires renouncing the desire to be part of an elite that seeks to destroy our country and being willing to “do the work”—to educate our children to recognize the difference between truth and propaganda and reject the latter over and over again.

I never wanted to be in this position, but I see our choices as the best way to give our children an excellent education, the ability to provide for themselves and their future families, and the tools to reunite our nation under shared ideals.

Marta Hummel Mossburg is a writer in Riverton, Wyoming.